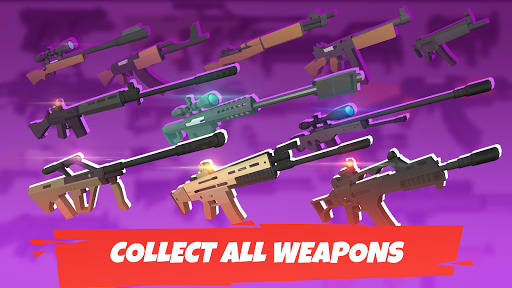 Last but not the least:
✪ True first person battle shooter! You can play like storm trooper or real sniper. Boom and enemy done!
✪ Pixel 3D style will appeal to all gamers
✪ Try to make strike! How many enemies you can shoot in single round?
✪ This is exactly 3D online shooter what a you looking for.
✪ Try many classic exiting guns like ak47, m4a1, mp5, awp sniper rifle and other!
✪ Let’s start pixel war begin!
✪ Free to play PvP! Invite friends and play together! And become real strike force!
✪ Boom! Shooting games has never been so dynamic and exploding!

Important tips:
The game requires an internet connection. Unfortunately, you can’t play offline yet. But we necessarily add this feature in future updates.

PLEASE NOTE!
Battle Gun 3D is free to play FPS online, some items can be purchased for real money. If you do not want to use this feature, please set up password protection for purchases in the settings of your Google Play Store app. Also, under our Terms of Service and Privacy Policy, you must be at least 13 years of age to play or download Gun Bustle.