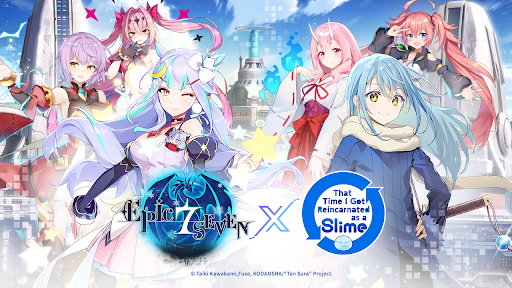 The description of Epic Seven App

And thus began the 7th World…
Diche, the Goddess of Life, summoned all of her waning power
and once again gave shape to the Guardians and the Heir of the Covenant.
“My children, I entrust this world to you.”

● A vast and engaging story
An epic for the modern age.
We invite you into the 7th World.

● Raid Labyrinth
In the depths of the Labyrinth, an ancient queen awakens from her slumber.
Embark on a monster hunt with incredible rewards.

● PvP Arena
Who will achieve fame and victory in the Arena?
Showcase your unique strategy to the world every season!

● For Guild and Glory!
Full of intense 3v3 battles, Guild Wars are here!
Work with your Guild members to become the strongest Guild!

● World Boss mode is here!
The World Boss has awakened!
Fight with up to 16 Heroes in a battle of epic proportions!

● World Arena now available!
Battle against players from all around the world in real time.
Challenge your fellow Heirs and prove your strength! Try it out now!

※ Supported on Android 6.0 and above. Not supported on Galaxy S4 and under.
※ Epic Seven is available in English, Korean, Chinese (Traditional), German, French, Spanish, Portuguese and Thai.

————————————
[Configuring Permissions]
– Storage: Requires access to storage to attach files for Community Board, FAQ, and 1:1 Inquiry.

* Epic Seven has been developed to run on Android 6.0 and above with selective app permissions. If you’re using a device with an Android version under 6.0, contact your device’s customer support to see if they offer upgrades to your operating system. After upgrading you may want to manage the selective app permissions, which you can do from your device’s settings menu.

– Android 6.0 and above: Device Settings > Apps > Choose App > App Settings > Permissions
– Android 6.0 and under: Revoke permissions by deleting the app
——————————–
Attention!
Epic Seven is free to download. as defined in the Terms of Use and Privacy Policy. Besides, devices should have access to network as this is an online game.