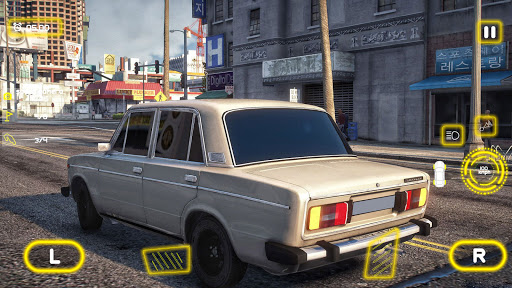 Download Extreme City Car Drive Simulator: Vaz 2016 latest version apk Welcome to Extreme City Car Drive Simulator 2021: Vaz 2016 one of the most advanced car Driving games for 2021. This game is full of new Supercars like Vaz 2016 and fulfills your demands and expectations of an ideal realistic Drift and drive simulator games. This game is being designed considering all the realistic driving experiences and Vehicles Driving Physics for the perfect car drifting and stunts. Extreme burnouts and asphalt roads might damage the engines so you gotta be careful about doing such city car driftings. this Extreme City Car Drive Simulator 2021: Vaz 2016 contain futuristic cars with the top supercars which breaks all the speeding records. If you want to feel how it’s like to drive these supercars in real life, we have brought this Super car simulation game of 2021 for a realistic experience with four different modes to keep you engaged and busy in your free time. The Extreme Car Driving simulator will help you learn Electronic car handling, Futuristic car handling & Drifting on busy roads full of vehicles.

Extreme City Car Drive Simulator 2021: Vaz 2016 have four different modes for all the simulation experiences in one game. If you want to drift your supercar Vaz 2016 in curvy roads of mountains, extreme burnout at city busy highways, or you want to do extreme drifting in a closed environment full of hurdles, containers, bumpers, and speedbumps, We have settled one as different modes. Another exciting Mode of Extreme Car Driving Simulator 2021 is that you can perform extreme Parking missions and park your cars via parking lots and open-world challenge. The Third Mode in Super Car driving of Vaz 2016 is that you can go to a trafficless city and wander around like a free supercar speed testing mission achieving the high speeds and turns with the maximum torque for stability and Centre of mass balancing. The last mode of this game is extreme drifting while on missions to chase the police cars and other supercars. The com of this car shifted as in realistic cars happens for stability. The car controls seem to be very realistic and stable so you gotta enjoy the drive well.

If you want to get the feel of simple yeat realistic car simulator in 2021 games category, You are highly encouraged to play this Car Drifting and Drive game because we have placed every mode under one umbrella so you don’t need to kill your time-wasting on trying the old games of 2020 and trying to find something new in them. We have bring this game for you to take your expectations of super car driving Simulator one step ahead to realistic feel driving. The cars is assembled with all the realistic tools like: Handbrakes for extreme drifting, Suspensions, Center of mass as low as possible for stability and speed as fast as possible for police chase or speed testing in the city. You can easily upgrade your vehicle free of cost like Painting Car Colors, Changing the wheels and a lot more. So What else do you need? Let’s start the Vaz 2016 right away!!

– Four Different modes for maximum experience
– City & Offroad Combined for realisitic shift
– Extreme Car Driving Simulator with free Upgrades
– Unique SuperCars with Upgrading Options
– Unique and Intersting Missions
– Extreme Customization Available for Electric Cars
Attention!
Extreme City Car Drive Simulator: Vaz 2016 is free to download. as defined in the Terms of Use and Privacy Policy. Besides, devices should have access to network as this is an online game.