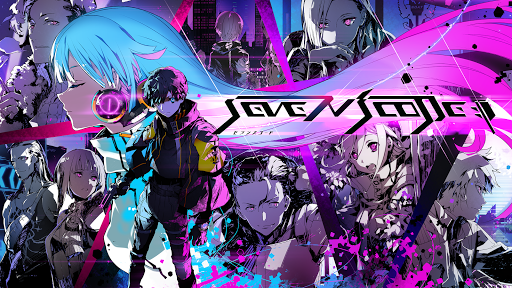 The description of SEVEN’s CODE App

Yuito Kashihara, a high-ranking member of the city’s special SOAT security force, finds himself unwittingly thrust into the trials of SEVEN’s CODE thanks to an enigmatic girl named Aurora. Each mystery only leads to another.
The sudden appearance of seven Pillars. Awakening and Judgment. The idol group HARZiNA, who stand at the helm of gravest of sins. The enigmatic Aurora.
Can Yuito and his allies expose the truth behind this mysterious world?
————————————————–
[Recommended Devices/OS]
– Android 4.4 and above
– Devices with 3GB or more memory

*The game may run on devices/OS other than the above-mentioned, however, compatibility cannot be guaranteed. We do not guarantee the compatibility of the game, nor will any refunds be issued if the game does not operate normally on an unsupported OS. Thank you for your understanding.
————————————————–
[Official Site]
https://www.sevenscode.jp/