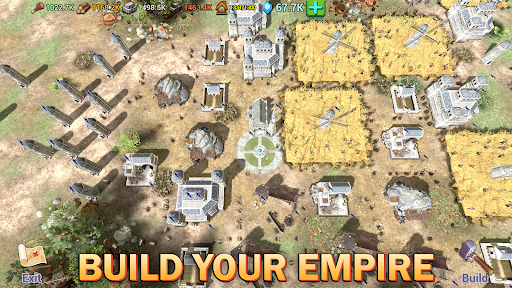 The description of Shadows of Empires: PvP RTS App

Download Shadows of Empires: PvP RTS latest version apk SHADOWS OF EMPIRES – The most Epic mobile strategy (RTS), you have to build your Empire, participate in battles and sieges of cities.
Sieges and battles take place in real time, and the scale of the battles is breathtaking.

GAME FEATURES:
• BIG BATTLES IN REAL TIME
The results of battles are not calculated (unlike most competitors) – battles take place on the map in real time.
Several thousand soldiers can fight on the battlefield or under siege.

• GRAPHICS
All graphics in the game are made in 3D (unlike most competitors) – which makes the game unique given the size of the battles, where thousands of soldiers are involved

• MULTIPLAYER ONLINE MODE “GLOBAL MAP”
In this mode, your Empire is on the global map with other players. Your task will be to create the most powerful Empire in the world.
To do this, you will need to build and fortify your cities, extract resources, create an army, capture enemy cities, defend your fortress and attack hostile clans.

• SINGLE PLAYER MODE (OFFLINE)
This is a classic RTS strategy mode where you have to build your base, hire soldiers and capture enemy bases.

• ONLINE SESSION MODE
This is a classic RTS strategy mode with other players around the world, where you will need to build your base, hire soldiers and capture enemy bases.

• SIMPLE CONTROL
In “Shadows of Empires” simple and functional controls are implemented, thanks to this you can easily control thousands of troops in real time on your mobile device

Are you ready to enter the war and conquer the lands to build your Kingdom?

https://www.instagram.com/shadows_of_empires/
1.3
-Ability to capture up to 3 cities
-Now when you are not playing, units continue to be built (1h in passive mode = 1 min in the game)
-Fixed bugs
1.24
*Added 12 languages (Deutsch,Français,Italiano,Español,Português,日本語,한국어,中文,Türkçe,ภาษาไทย,Tiếng Việt,اللغة العربية)
-Ability to move buildings
1.1
-New mode “Global Map”
0.9
-Ability to play 2vs2 (up to 4 players on the map)
-New map “Lake”
-Ability to step back(triple click)
0.7
-Added heroes (3 heroes)
Attention!
Shadows of Empires: PvP RTS is free to download. as defined in the Terms of Use and Privacy Policy. Besides, devices should have access to network as this is an online game.