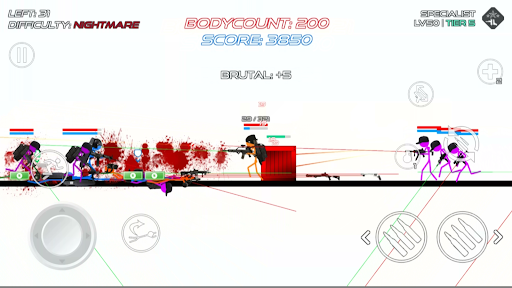 Avoid enemy attacks through quick decision and reaction, and defeat all enemies to win the battle!